BI India BureauJan 13, 2020, 11:27 IST
While he has not even attained 25 years of age, Ritesh Agarwal, the CEO of OYO has seen it all – popularity, business success and financial prosperity. He has made something unique at a time when others had not even thought of it – a hotel booking software that would assure room for anyone at their favorite hotel at competitive prices. Ritesh says, his success was not an easy one. Here are some interesting facts about Ritesh Agarwal that will inspire any reader.

Ritesh Agarwal was not confident about his studies

Ritesh doubted his own abilities to do well in college or working for someone. Hence he jumped into something like building OYO. He says, “I knew if I had gone to college, I would not have done well. And then my family would hate me. So I felt if my family was to hate me anyway, I would rather do what I feel very excited about!”

He failed six times before succeeding

Ritesh had once commented that he failed six times before he succeeded in his OYO venture. Ritesh says, “If you have not failed, you have not hardened yourself.”

Hails from a simple family

Ritesh hails from a family running a small local shop in Southern Orissa. If he had not chosen to take a different course for his life, he would have ended up overseeing the shop. Ritesh wanted to do something exciting. Every entrepreneur has a story behind him. He started working with SMEs and tried to bring them sales. It was only in his second venture, he started with making success that too slowly.

Initially the VCs thought he was talking about real estate business

Ritesh’s task of convincing the VCs to fund his venture was not an easy one. When he attempted to find a solution to the hotel booking process, something like OYO had not been built earlier. The investors asked if there was anything similar to what he was trying to build. While they all interpreted his venture as a real estate business, only two months later they all started when competition started building up.

OYO had to climb a steep uphill

The forward march of OYO into success was not easy as it sounds. Managing the component of predictability was a mammoth task for them. This challenge still continues. After they had standardized 45,000 rooms spread across 160 cities, managing the same set of facilities again and again, dealing with the issues that crop up, maintaining the 4* ratings on TripAdvisor and satisfying the customers on maximum deals were a tough job which they could manage efficiently with a lot of efforts.

OYO has a favorable business scene in the international market

Ritesh says OYO does not have an international competitor who will breathe down its way. So when it comes to discounting and cash burning, OYO possibly has the least amount of burning and so faces a favorable economics on its journey forward.

OR PROCEED WITHOUT REGISTRATION

X
Sort By:
Be the first one to comment.
We have sent you a verification email. This comment will be published once verification is done. 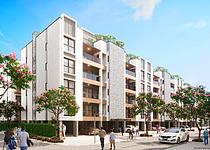 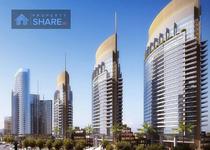 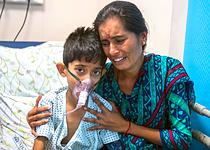 Single mother is struggling to save son from blood cancer.

Recommended Read
Trending News
The man who got 280 times return from OYO has come up with new investment tool to cut the clutter
Vodafone Idea clocks a loss over $700 million in 3 months as Reliance Jio's price war continues to bite
Zomato has a new plan for unlimited food and drinks in Delhi, Mumbai, and Bengaluru
More from our Partners